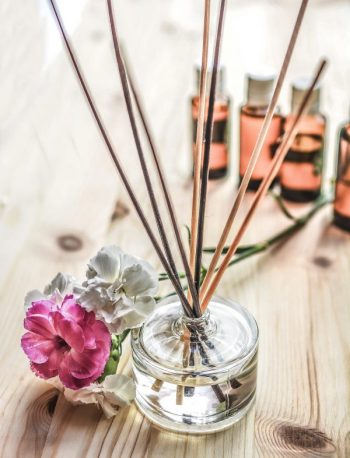 Origins of Massage Oils and Aromatherapy

The first uses of massage oils and aromatherapy date back almost 3000 years BC (before Christ), And that the Egyptians used aromatherapy in their daily lives and rituals. It is documented that they made and burned incense made from different types of aromatic dried woods and herbs for their gods. It is also noted that it was used in large quantities by Imperial houses and guesthouses to welcome important guests and to display a person’s wealth. It was used in the most ancient of healing practices to treat numerous and varied ailments. It was also used in sacred rituals and ceremonies and used to invoke gods, spirits and reach a more conscious state of mind.

In Egyptians times when kings had died, huge religious ceremonies were performed in temples it was sacred tradition to embalm the corpse and this is when the deceased king would be mummified and surrounded with aromatic and exotic oils. Ancient Egyptians believe very strongly that the oils used had a preserving property when mixed with other spices and herbs.

Prominence in Other Cultures

At around the same time as the Egyptians the Chinese and Indians were also discovering and using an ever increasing number of aromatherapy oils and ointments. Also like the Egyptians, they used them for many different things and used them for such things as religious events, medicine, burial ceremonies etc. The first record of aromatic oils used in China is 2697-2597 B.C.E during the reign of the legendary Yellow Emperor. The Yellow Emperors “book of Internal Medicine” contains numerous references to aromatherapy oils and their usage.

“Ayur-Veda” is the Indian term for traditional medicine and has used aromatherapy oils in medicinal use for over 3000 years. In the ancient Vedic scripts list an extensive number of ingredients used and their healing effects and list items such as cinnamon, ginger, myrrh and sandalwood as all having beneficial healing properties. India is the only country today who have not lost this practice.

Aromatherapy was slowly introduced to western cultures by knights who had travelled to the east during the crusades and had now returned with this knowledge they had learned whilst travelling were the knights acquired great knowledge in the healing properties offered by such plants and herbs.

It was later in the 19th century when modern medicine became more prominent did the use of aromatherapy become more well known and used. It wasn’t until around the 1920’s that it became popular again and was termed the commonly known name of aromatherapy when a French chemist named Rene- Maurice Gatefosse who was investigating the healing properties of plants, accidently burnt his hand during an experiment. Gatefosse in pain and panic put his hand in the only liquid he had available which happened to be pure lavender oil. Gatefosse noted how immediately his pain subsided and that his hand healed with no infections or scarring he coined this process aromatherapy. After he and a colleague experimented further it was introduced to hospitals throughout France. Rene-Maurice Gatefosse released his book aromatherpie in 1928.

What Couples Massage Is Perfect For Your Relationship?

Mr and Mrs After Hours… Couples that play together stay together… or so they say. Trying…

The Different Types Of Massage

The Many Varying Forms of Massage Wanting to get a massage is one thing, however,…

Playing sports and doing exercise is good for your health, but it can result in…

Have you been having trouble lately with relaxing? Do you often find it hard to…

Massage Heals The Tissues Of The Body

Detox Your Body And Mind With Massage